The Certified Horsemanship Association’s 50th Anniversary will be in 2017, and even though we are still two years out from that momentous year, we can celebrate what CHA has accomplished in its amazing history to-date. The Certified Horsemanship Association has a long history of involvement with certifying riding instructors and has certified over 25,000 individuals since its beginning in 1967. The organization currently serves around 3,500 active members, which include individual members, businesses and equine facility members, non-profits, and others in the horse industry. Since every horse person strives for safe experiences around horses, CHA’s Mission Statement, “To promote excellence in safety and education for the benefit of the entire horse industry,” showcases the importance of CHA within the horse industry.

CHA’s Growth from the Early Days
The vision of CHA began with Dan Hemphill. Hemphill was a camp owner in Texas who was hiring high school and college students to help with his riding camps. He noticed a need for one organization that could set standards and certify instructors based on those standards. CHA started out with the name Camp Horsemanship Association until the 1980s when it was renamed as the Certified Horsemanship Association.

Now the organization is run by a small professional staff and the board of directors which seats volunteers from all 12 of CHA’s regions. CHA also offers the following committees: Marketing/Membership, Finance, Education and Training, Research and Development, International Conference, and the International Clinics Ad-Hoc Committee.

In addition to certification, a Site Accreditation program was started. CHA also began offering educational conferences, complete student curriculums, achievement awards for students, and it also gives out awards to its members in various areas.

CHA’s Awards Program Beginnings
CHA’s Awards Program began in 1996 with the first CHA Partners in Safety Award, which honors an individual or organization that has helped the equine industry and CHA, as well as the equine community at-large in promoting safety and awareness. In addition, that same year the first CHA Volunteer of the Year Award was given. It was fitting that one of the first awards created honors an outstanding volunteer, since CHA has really relied on and grown thanks to the many volunteers that help with CHA’s mission.

In 2002, CHA started honoring the top school horses with the CHA School Horse of the Year Award, and the partnership with Stone Horses has allowed the owner of the winning horse to receive a lifelike Stone Horse model from the company. The next year, CHA added the CHA Clinic Instructor of the Year and the CHA Instructor of the Year Awards to honor those outstanding instructors and clinicians who personify the ideals of “safe, effective, and fun” during their lessons and clinics. The final CHA award, the CHA Distinguished Service Award, was added in 2009 as a lifetime achievement award for an individual who has gone above and beyond throughout the years to promote and uphold the mission of CHA.

Evolution of CHA’s Educational Materials
In 1969, Hemphill and a group of instructors created the first printed horsemanship and safety standards called the Camp Horsemanship Manual. Today, it has evolved into the CHA Composite Manual of Horsemanship Levels 1-4 and the various manuals for each level. Over the years, it has been edited and revised by CHA staff, the board, and specially chosen leaders from within the horse industry. It is currently undergoing another revision, set for publishing in 2016 or 2017.

This guide was the first set of safety and horsemanship standards in North America and is a collaboration from equine professionals in a variety of breeds and disciplines. As CHA Master Instructor and Clinician Julie Goodnight writes in the Forward of the latest composite manual, “The sheer fact that scores of horse people can come together and agree upon the best methods for teaching horsemanship is a great feat…This manual contains a tried and true curriculum for the safest and most effective methods of teaching horsemanship. It is one of the most comprehensive manuals of horsemanship on the market today.”

The Composite Manual was just the beginning of CHA’s production of educational materials. In addition, CHA now produces the CHA Standards for Equestrian Programs. This manual lists standards for a safe equestrian facility so that facilities and individuals can develop an individualized program based around safety. Facilities follow these published guidelines to achieve CHA Site Accreditation. Additional guidelines have been added to the Standards for Equestrian Programs as CHA grew to include certification options for instructors involved with vaulting, trail, driving, and riders for disabilities, along with a certification for equine facility managers.

Over the years, CHA’s educational materials have been used in equine programs large and small, including top-notch programs at various colleges and universities, the US Pony Club, PATH International, 4H programs, and more.

As CHA has grown, it has added more educational materials. Additional guides include the Trail Guide Manual, Riding Instructor and Trail Guide Manual, Standards for Group Riding Programs, a combination manual, and Ready to Ride? Finding a Program and Getting Prepared for Your Adventure.

CHA’s official magazine, The Instructor, has grown from a black-and-white four-page publication to a beautiful four-color magazine with informative features and important information about CHA for its members and non-members alike. Other educational content includes content on its two websites (www.CHA-AHSE.org and www.CHAInstructors.com), monthly e-blasts with educational articles and news, YouTube videos that are available for people to embed on their websites, CHA’s blog, webinars, posters, educational DVDs, a mini level CD, and a monthly segment on the Horses in the Morning radio show/podcast, etc. Members also receive free subscriptions to Trail Rider, Equus, and Stable Management magazines.

In addition to CHA’s educational materials, CHA’s communication avenues have grown due to their active presence on various social media platforms. We discussed all of those options last month in the blog post titled, “Socially CHA.” To connect with us, you can see all the options within that post.

CHA is also proud to be partnered with some great corporate sponsors in the horse industry. These partners are discussed in “CHA’s Partnerships with Other Top Equine Organizations Offers Benefits to All.” CHA values its partners and looks forward to more partnerships in the future.

The Certified Horsemanship Association has grown tremendously since Hemphill’s original vision, and the organization owes its success to its members, volunteers, board of directors, staff, and partners. With so many people working toward the success of this equine non-profit, the sky is the limit in the future, and CHA hopes others will join us for the ride. 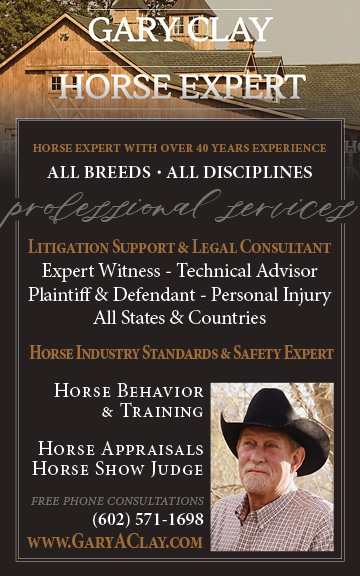